The secret lives of many of the, believed to be, Lamed Vavnickim appear throughout mystical writings including the Zohar. Gershom Scholem was arguably the most important commentator on these stories and topics. We will learn about him and his contributions to the topic of the 36 soon, but he notes our last Talmudic account from our sages while discussing the Lamed Vavnickim in his book “The Messianic Idea in Judaism.” The account comes from the Talmud Yerushalmi in Taanit. 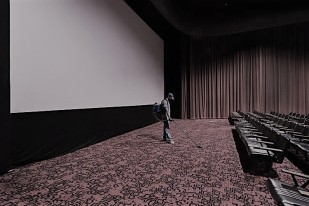 The story he notes begins a concept that many of the Lamed Vavnickim’s identity were hidden, a theme we will continue to discuss in the blog. Here is the example Scholem quotes from Taanit (Y):

Rabbi Abbahu saw in a dream that if a certain Pentakaka would pray for rain it would fall. The rabbi summoned him and asked: What is your occupation? He answered: Every day I commit five sins (hence probably the name Pentakaka, from the Greek word penta-kaka: five bad deeds). I rent out whores, clean the theater, carry the whores’ clothes to the bathhouse for them and dance while beating a drum in front of them. The rabbi asked: And what good have you done? He answered: Once while I was cleaning the theater a woman came and stood behind a pillar weeping. I asked her: What is the matter? She answered: My husband is in prison and I would like to ransom him. So I sold my bed and my blanket and gave her the proceeds with the words: Here is some money, ransom your husband and don’t become a whore. The rabbi spoke to him: You are indeed worthy of praying and having your prayer heard.

This story from the Talmud Yerushalmi is a glimpse into the secret lives lived by the Lamed Vavnickim. Pentakaka was not necessarily his real name and he, for whatever reason, was hiding behind inappropriate work. But he was still able to connect with God on the ultimate level.

I wanted to mention that this is the 12th entry and 1/3 of the project is now done. While there has been much learned this last story about a man in plain sight, escaping a troubled world yet able to conjure up God is exactly where I started with the story of R’ Juzient.

This is a text widget, which allows you to add text or HTML to your sidebar. You can use them to display text, links, images, HTML, or a combination of these. Edit them in the Widget section of the Customizer.
Loading Comments...
%d bloggers like this: